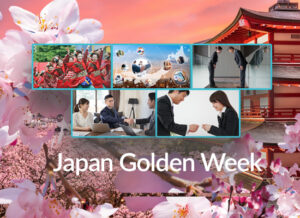 Located off the east coast of Asia, the Japanese archipelago consists of four large islands—Honshu, Hokkaido, Kyushu, and Shikoku—and about four thousand small islands, which when combined are equal to the size of California.

Although myth indicates that Japan was founded in 660 BCE by Emperor Jimmu, the first clear records concerning Japan are provided by the Chinese almost one thousand years later, in the third century CE. Since its beginnings, Japan has been heavily influenced by the Korean and Chinese cultures.

Many of the values and basic assumptions the Japanese make about life have their origins in Buddhism and Shintoism. The primacy of the group or the collective good and the value placed on maintaining harmony are particularly strong and cherished. So pervasive are these values that they’re expressed in practically every aspect of Japanese life, including a complex social hierarchy that often dictates social and business interactions.

There’s no doubt that Japan is changing. It’s evident in the evolving attitudes of today’s salarymen, modern Japanese women, and members of the younger generation, who are all questioning the society’s traditional values and beliefs—socially, politically, and economically. Despite the changes, some traditions remain; building relationships and developing trust and respect for age, family, and protocol remain constant.

The American occupation of Japan following World War II laid the foundation for today’s modern economic and political society. The occupation was intended to demilitarize Japan, to fully democratize the government, and to reform Japanese society and the economy. The Americans revised the then-existing constitution along the lines of the British parliamentary model, and the Japanese adopted the new constitution in 1946 as an amendment to their original 1889 constitution. On the whole, American reforms rebuilt Japanese industry and were welcomed by the Japanese.

The American occupation ended in 1952, when Japan was declared an independent state. As Japan became an industrial superpower in the 1950s and 1960s, other countries in Asia and the global superpowers began to expect Japan to participate in international aid and defense programs and in regional industrial-development programs. By the late 1960s, Japan had the third-largest economy in the world. However, Japan was no longer free from foreign influences.

In one century, the country had gone from being relatively isolated to being dependent on the rest of the world for its resources with an economy reliant on trade.

In the post-World War II period, Japanese politics have not been characterized by sharp divisions between liberal and conservative elements. The Liberal Democratic Party (LDP), created in 1955 as the result of the merger of the country’s biggest political parties, has been in power for most of the postwar period. The LDP, a major proponent of big business, generally supports the conservative viewpoint. The “Iron Triangle,” as it is often called, refers to the tight relationship among Japanese politicians, bureaucrats, and big-business leaders.

Until recently, the overwhelming success of the economy has overshadowed other policy issues. This is particularly evident with the powerful Ministry of Economy, Trade and Industry (METI) (formerly known as the Ministry of International Trade and Industry (MITI)). For much of Japan’s modern history, METI has been responsible for establishing, coordinating, and regulating specific industry policies and targets and has had control over foreign trade interests.

Japan’s post-World War II success has been the result of a well-crafted economic policy that is closely administered by the government in alliance with large businesses. Prior to World War II, giant corporate holding companies called zaibatsus worked in cooperation with the government to promote specific industries. At one time, the four largest zaibatsu organizations were Mitsui, Mitsubishi, Sumitomo, and Yasuda. Each of the four had significant holdings in the fields of banking, manufacturing, mining, shipping, and foreign marketing. Policies encouraged lifetime employment, employer paternalism, long-term relationships with suppliers, and minimal competition. Lifetime employment continues today, although it’s coming under pressure in the ongoing recession. This policy is often credited as being one of the stabilizing forces enabling Japanese companies to become global powerhouses.

The zaibatsus were dismantled after World War II, but some of them reemerged as modern-day keiretsu, and many of their policies continue to have an effect on Japan. Keiretsu refers to the intricate web of financial and nonfinancial relationships between companies that virtually link together in a pattern of formal and informal cross-ownership and mutual obligation. The keiretsu nature of Japanese business has made it difficult for foreign companies to penetrate the commercial sector.

In response to recent global economic challenges, the government and private businesses have recognized the need to restructure and deregulate parts of the economy, particularly in the financial sector. However, they have been slow to take action, further aggravating a weakened economy. Japan has very few mineral and energy resources and relies heavily on imports to bring in almost all of its oil, iron ore, lead, wool, and cotton. It’s the world’s largest importer of numerous raw materials including coal, copper, zinc, and lumber.

Despite a shortage of arable land, Japan has gone to great lengths to minimize its dependency on imported agricultural products and foodstuffs, such as grains and beef. Agriculture represents only 1 percent of the economy. The country’s chief crops include rice, wheat and barley, soybeans, vegetables, and fruits. Japanese political and economic protectionist policies have ensured that the Japanese remain fully self-sufficient in rice production, which is their main staple. And yet, the country has become increasingly open to trade in other areas.

As with other developed nations, services lead the economy, representing more than 68 percent of the national GDP. Industry accounts for 30 percent of the country’s output. Japan benefits from its highly skilled workforce, although its aging population remains a key concern. However, the high cost of labor combined with the cost of importing raw materials has significantly affected the global competitiveness of its industries. Japan excels in high-tech industries, particularly electronics and computers. Other key industries include automobiles, electronic equipment, machinery, steel, and chemicals. The service industry is beginning to expand and provide high-quality computer-related services, advertising, financial services, and other advanced business services.

Today, Japan is the world’s third-largest economy, behind the US and China, giving it membership in the G-7 and the G-20. Japan has been able to avoid the worst health and economic impacts of the global pandemic. And with the Olympics back on schedule, the country hopes for a social and economic reset.

Understanding the local culture, values, and business practices is essential for success. Atma Insights can help you navigate the cultural nuances in both the business and social environments.