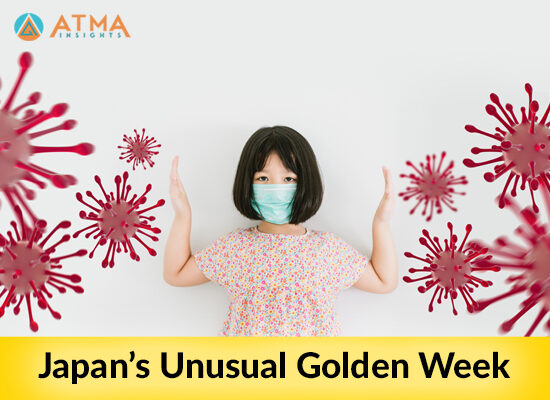 In most years, the end of April and early May have pleasantly marked Golden Week in Japan. Showa Day (April 29th) is traditionally the start of this series of four holidays, which has become the longest and one of the busiest vacation periods for most Japanese people and companies.

But in the midst of the widespread global outbreak of COVID-19, the Japanese will not be celebrating Golden Week with typical family travel. The Japanese government has asked all residents to stay at home until the end of Golden Week on May 6th.

Uniquely Japanese, Golden Week remains a significant holiday, but its significance has changed over the years. Originally a celebration of the emperor, it has now become much less nationalistic and more of an opportunity for relaxation and travel. Most Japanese take very few personal holidays, instead relying on public holidays such as Golden Week to take their family vacations.

COVID-19 has led to closures of popular events, restaurants, and entertainment venues, including holiday destinations like Universal Studios and Tokyo Disneyland.

Traditionally, as a group-oriented culture, the Japanese value stoicism, taking thoughtful efforts to put group needs over the individual. This is reflected in simple gestures such as wearing face masks, which the Japanese have done for years, especially on trains and in public areas, primarily to ensure that they do not share any illnesses with others. The importance of prevention, cleanliness, and hygiene is ingrained in children at an early age, and culturally it’s still considered disrespectful of others to disregard responsibility toward the group.

Social distancing is another concept that has fit more neatly into a culture that prefers a hands-off approach to interactions. Instead of handshakes or hugs, the Japanese have shared bows when saying hello and goodbye and even when apologizing. Japanese bowing is so artfully woven into the culture that the depth of a bow pays deference to age and seniority, and an apology bow can be even deeper.

Many of the values and basic assumptions the Japanese make about life have their origins in Buddhism and Shintoism. The primacy of the group or the collective good and the value placed on maintaining harmony are particularly strong and cherished. So pervasive are these values that they’re expressed in practically every aspect of Japanese life, including a complex social hierarchy that often dictates social and business interactions. Learn more about Japanese society.

Not sure how to best interpret the changes in modern Japan?  Atma Insights can help.