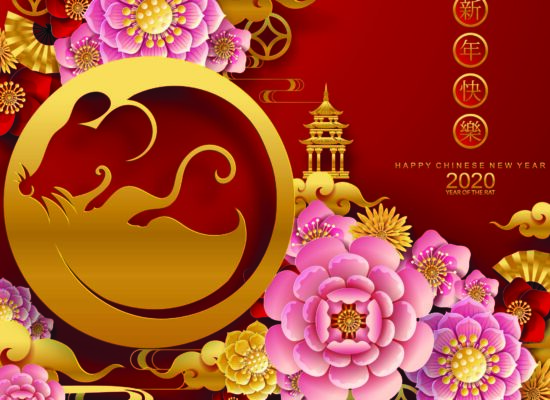 In China, most people wish each other “Xin Nian Kuai Le,” which means Happy New Year. Among family and close friends, people use the shorter version, “Xin Nian Hao.” These are customary ways to wish colleagues, friends and family a Happy Chinese New Year, which starts this year on January 25, 2020.

Chinese New Year is the single biggest holiday to impact business in China as well as in countries with large Chinese communities, where it’s referred to as Lunar New Year. There are variations between China, Hong Kong, Singapore, Malaysia, and others. One commonality is that many employees travel to visit family, and companies often close – similar to the time between Christmas and New Year’s.

The most important of Chinese traditions and holidays is the Chinese New Year, which begins on the first day of the lunar month and ends on the 15th day with the Lantern Festival (February 8, 2020), although the first week is considered the official holiday. The Chinese use a lunar calendar and accordingly, the date varies from year to year. In China, it’s also known as the Lunar New Year or the Spring Festival, marking the end of the winter season. 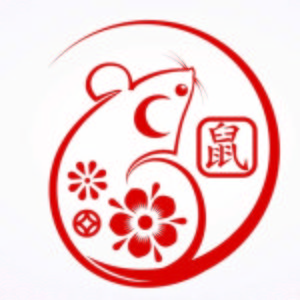 Each New Year is marked by one of twelve animal zodiacs—2020 is the Year of the Rat. There are many superstitions, tales, and legends surrounding Chinese New Year. One rests on the belief that a mythical beast, named Nian, would come on the first day of the new year to eat livestock, crops, and even villagers and children. Legend has it that villagers placed food outside of their doors to protect themselves from Nian. Scared by the color red and firecrackers, the Nian was eventually captured by an ancient Taoist monk named Hongjun Laozu and used as his mount. The holiday has also become known for the large number of people who travel within China and around the world to reunite with their families. Today, Chinese New Year is celebrated in Chinese communities around the world. Accordingly, there’s a variety of customs and traditions marking the New Year celebrations. Most people celebrate the holiday by decorating their homes, eating special foods, buying new clothes, and giving presents. Families also clean their homes to clear away the past, remove bad luck, and make way for new and prosperous luck. Most notably, children receive money and sometimes chocolate coins in red paper envelopes called hóng bāo in Mandarin. Money is usually given in even amounts and in multiples of 6 and 8, which are considered very lucky in Chinese cultures. In contrast, odd-number money gifts are given at funerals. Be careful with the number 4, which is considered unlucky as it sounds like the word for death.

Employees also receive money in hóng bāo as a holiday bonus, not based on performance. Companies may host an annual company party, called a nian hui. In addition to red envelopes, people exchange a wide variety of food gifts. In particular, exchanging mandarins is customary when visiting someone’s home or company during Chinese New Year. The Chinese word for luck has the same sound as the word for mandarins, and the gesture symbolizes the exchange of gold. Giving and receiving in a quantity of two is essential, as odd numbers and the number 4 are considered unlucky. In Chinese culture, red is an auspicious color and has come to symbolize warding off evil and helping to attract luck and prosperity.

While China charges ahead in its efforts to become a modern global power, its long and complex history as well as its rich cultural traditions will continue to exert a strong influence on virtually every aspect of Chinese life. 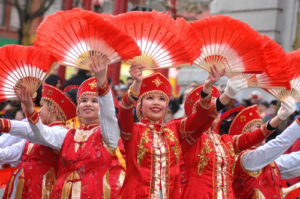 China is a fascinating mix of ancient and modern. From its snowy mountain ranges to its long rivers and expansive deserts, China is home to a rich mix of ethnicities, cultures, and traditions that can be traced back thousands of years. Understanding this balance of ancient and modern is essential for visiting, working, and succeeding in China.

Questions? Please email us at communications@atmaglobal.com.